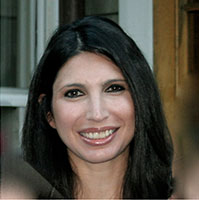 Joan E. Siff, President of World Against Toys Causing Harm, Inc. (W.A.T.C.H.)., is a consumer advocate dedicated to raising awareness about child safety issues. After beginning her advocacy career by serving as an Assistant District Attorney in the Commonwealth of Massachusetts, Norfolk County, Ms. Siff worked as a litigation attorney specializing in cases involving children’s injuries. Ms. Siff has been involved with W.A.T.C.H., a non-profit child safety organization, from its inception in many different roles. She began presenting the “Ten Worst Toys” list with Attorney Edward M. Swartz (1934-2010) on behalf of W.A.T.C.H. in 1991. As President of W.A.T.C.H., Ms. Siff works towards keeping consumers informed about hazardous children’s products and activities to help prevent avoidable injuries to children. She produces the nationally recognized, annual “Ten Worst Toy” conference for W.A.T.C.H. which has received local and national media coverage including ABC, NBC, CBS, FOX, CNN, WBZ, and The Associated Press. Ms. Siff initiated a second annual conference for W.A.T.C.H. relating to summer safety, which has gained national recognition in both television and print media. She is the author of “Toy Regulation Still Lagging In Protecting Children,” which was published in the Leader’s Product Liability, Law and Strategy in December of 1992. She has been quoted in numerous publications with regard to her work as a consumer safety advocate and has appeared on many television and radio networks including: Megan Kelly Today, Fox News Live, LawLive (FATV), CNN Radio Atlanta, NECN, and The Michael Smerconish Morning Drive Radio Program (Philadelphia), among others. She is a frequent speaker for parent groups, schools and organizations on behalf of W.A.T.C.H. to help raise awareness about important safety issues relating to children’s products. Ms. Siff currently serves as a Board Member for Franciscan Children’s. Formerly, she was a board member for Room to Dream, a Director for Boston Aid to the Blind (A.K.A. Greater Boston Aid to the Blind), a member of the Massachusetts Bar Association, a member of the American Trial Lawyers Association (now the American Association for Justice), and other associations. After graduating cum laude from Tufts University, Ms. Siff earned a J.D. at Boston University School of Law and a M.S. at the Boston University School of Mass Communications. Ms. Siff is licensed to practice law in Massachusetts, New York and Washington D.C.